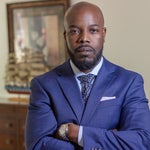 Steven Miller is an award-winning Georgia personal injury trial attorney. Steven is an attorney in the firm's Georgia offices . He is a former insurance defense attorney and understands the complexity of litigating injury cases from both the plaintiff and defense perspective. This experience has helped Steven become one of the premiere injury attorneys in Georgia. Steven's practice is committed to representing injured victims and their families. He makes every attempt to settle his client's claims without going to trial but will not hesitate to take a case to trial when an insurance company refuses to give fair compensation.

After law school, he worked as an Assistant District Attorney, serving the citizens of DeKalb and Henry County. He successfully prosecuted criminal defendants charged with serious crimes including murder, rape, armed robbery, drug trafficking, domestic violence, and white-collar crimes. During his time as an ADA, he was part of the Apprentice Committee, helping to transition law students into the practice of law.

Steven is a native of Marietta, GA. He is a father of two and a member of Kappa Alpha Psi Fraternity, Inc.  When he is not fighting for his clients, he spends his time coaching his son's soccer team or running with his dog. He also enjoys cooking, time with his family, worshiping at Words of Faith, and cheering for Atlanta in every sport. Go Falcons, Atl United, Hawks, and Braves!!!