How to Get Money From a Car Accident Without a Lawyer

A car accident is always unpleasant and unplanned. If you're a victim of a car crash, it's okay to feel shocked in the first few seconds after the accident. After a while, when you've come to terms with the fact that you've had an accident, the next thing to do would be to check for injuries, wounds, and damages to your car.

After this, if you are sure you weren't at fault in the accident, you'd like compensation for the damage to your vehicle, expenses for your medical treatment, and your pain and suffering.

If you live in a state like Alabama, you're entitled to compensation from the at-fault driver because Alabama is an at-fault state. It means the driver who caused the car accident bears responsibility for all damages.

You'd want to get the maximum compensation possible, and this may tempt you to want to cut expenses by dealing with the insurance company without contacting a lawyer. Is this possible? If yes, what's the best way to go about it?

Settling a Car Accident Claim Without a Lawyer

If you're thinking of saving costs after an accident, you can pursue your claim without a lawyer's assistance. Here's how:

The first thing to do if you'd want to settle a car accident claim without a lawyer is to evaluate the extent of the damage done to your vehicle. In accessing the damage, you should go beyond mere vehicular damage and bodily injuries. It would help if you also considered the expenses you incurred due to the accident and the emotional hurt and loss of future earnings during recuperation.

Accessing damages isn't an easy task, and you can tackle it from many angles. It's better to arrive at a figure higher than the actual damages. You can write down any expense that comes to mind and even hike them if you like.

After estimating the damages from the car accident, the next step to take is to talk to a claims adjuster. A claims adjuster's job is to access your claims to determine the extent of the insurance company's liability.

By interviewing you and other witnesses, estimating the cost of damages, and carrying out any other activity they deem necessary, they would arrive at a fair settlement that the insurance company would pay. The company may offer you lower than what you deserve, and it's your job to negotiate with them to increase your settlement sum.

The fact that you've written a letter to request a certain amount of compensation for the car accident doesn't automatically guarantee that the insurance company would pay. Insurance companies like to mitigate their liability as much as possible and almost always hesitate to pay you what you deserve.

If the negotiation has failed and you're not satisfied with their offer, you can file a personal injury claim against them in court. Filing a lawsuit in court isn't easy, so it's wise to try as much as possible to get a settlement out of court. However, if that's an impossibility, you should research the chances of your success in court before filing the claim.

Representing Yourself in a Car Accident Claim Isn't the Best Option

Knowing how to get money from a car collision without a lawyer doesn't mean you should do it. It can end up being counter-productive sometimes, mostly when you can't settle with the insurer and need to go to court.

Your claims may become too complicated that you may have to pay more for a lawyer to represent you in court than you would have paid if you had employed legal services from the get-go.

Again, insurers will try to take advantage of you by offering you ridiculous settlement sums when they know you have no lawyer representing you. You'd also be stressed out trying to keep up with deadlines, filings, and complicated paperwork needed to get the meager settlement amount.

Let's Get You the Settlement You Deserve!

At Mike Bell Accident & Injury Lawyers, we have experienced car accident attorneys who would help you get the best settlement possible at a highly affordable rate. Consult with us right away! 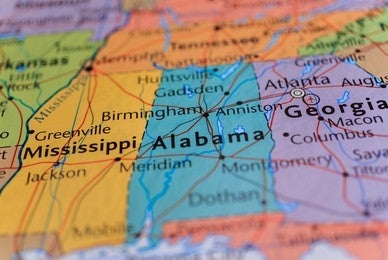