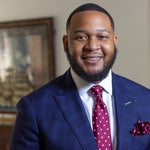 Michael T. Bell is an award-winning Alabama personal injury trial attorney with a track record of securing high-dollar recovery for his clients and their families. He has been named a Rising Star of Law, one of the nation's Top 40 Under 40 attorneys, and one of the Best Personal Injury Lawyers in Birmingham.  Michael is the founder of Mike Bell Accident & Injury Lawyers, LLC and serves as the firm's chairman and managing partner. His practice is committed to representing clients who have been seriously injured by the negligent conduct of others. Michael has handled numerous cases involving passenger and commercial motor vehicle accidents, police misconduct, civil rights, negligent security, defective drugs and products, and wrongful death. As a consummate litigator, he has recovered millions in settlements and verdicts for injured victims across Alabama and the Southeast.

Michael is a regular legal contributor on radio and television stations across the country. From January 2021 to January 2022, he served as the sponsor and featured legal commentator of LAW TALK LIVE, a weekly legal segment on Birmingham's V94.9 FM HomeTeam Morning Show. He is also a featured legal contributor to iPush Magazine, a national lifestyle and business publication. Michael's legal expertise and advice has garnered him both a local and national audience. He has been featured on ABC, FOX, CBS, CW, and MYtv. He has served as a cabinet member of the 79th President of the National Bar Association, Judge Carlos Moore.

In addition to the practice of law, Michael serves on several community boards, is an active member of the Birmingham Alumni Chapter of Kappa Alpha Psi Fraternity, Inc., and is an initiate of the Lanny Vines Senate of Delta Theta Phi Law Fraternity.